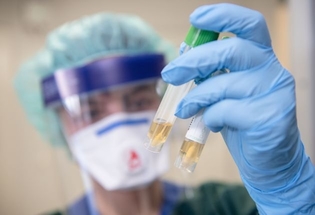 How Taiwan triumphed over Covid as the UK faltered

Along central Taipei’s busy Yongkang Street crowds spill out of restaurants and bars every evening, mingling with people queueing outside popular eateries for a tiny table to cram around with groups of friends. Children out way past their bedtime run amok over the play equipment in a nearby park, shrieking and laughing as their parents chat nearby.

In London, it would be unthinkable. In the Taiwanese capital, it is just another spring evening.

Taiwan has ridden out the coronavirus pandemic mostly unscathed, while Britain has been crippled economically and in human terms. The death, disease and mental health crises sparked by lockdown have all exacted a heavy toll.

Both are islands ruled by democratic government, their large populations – more than 22 million people live in Taiwan – mostly crowded into cities, with public health systems that mean medical care is widely accessible.

At the end of 2019, both were heavily exposed to travellers carrying coronavirus: Britain because of its status as an international travel hub; Taiwan because closely woven cultural and economic ties meant hundreds of planes crossed the narrow strait to mainland China – where the virus was first detected – weekly.

A little over a year later, Britain has one of the world’s worst death rates, with more than 130,000 people lost to the virus and more than 4 million people infected. Taiwan has lost 10 people, and had just 1,000 documented cases, the vast majority of them among quarantined travellers.

The root of the difference lies in the approach their governments took.